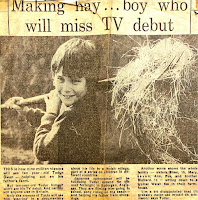 Tudur Owen: United Nations Of Anglesey is a brand new series on BBC Radio 4 and the sequel to 2020's Zoo. Once again, it's based on a true story from Tudur's childhood - this time covering how he became a star on Japanese TV when he was selected as the welsh representative in the documentary programme Children Of The World. I worked as script editor on the two part show which also manages to cover cottage burning, agricultural show skulduggery and the career of Patagonian singer-songwriter Rene Griffiths.

And, if you're quick, you can also catch Tudur together with Sian Harries and (briefly) myself in the the latest edition of our annual sketch show O'r Diwedd which is on S4C Clic/BBC iPlayer till the end of the month and available with English subtitles. 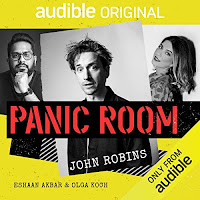 Panic Room is a podcast, exclusively on Audible, in which Eshaan Akbar and Olga Koch attempt to find solutions to some of John Robins' biggest concerns. From running out of grave space to lowering the divorce rate, the team speak to experts and conduct their own experiments in an attempt to put John's mind at rest. I worked behind the scenes on the show but, most importantly, I was not the person who made the experimental mashed potato in the diet episode - so that bit isn't my fault.

And here's some other things... 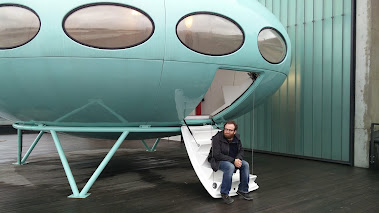 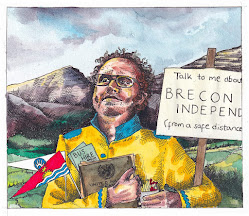